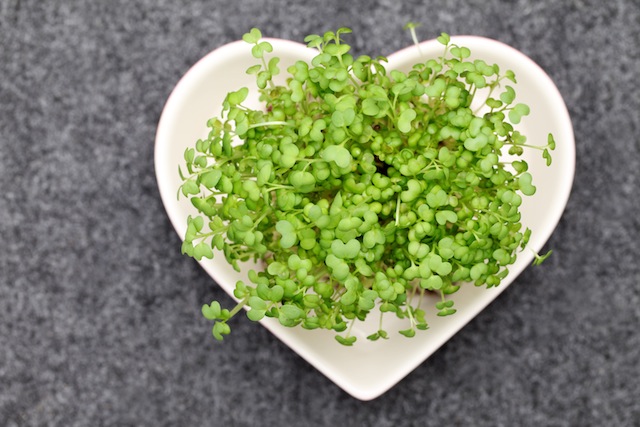 A semi-aquatic vegetation with a hollow stem and peppery taste. Often used raw, in salads, but in some culture used in soup dishes.

It is related to cabbage and mustard greens ... hence, its peppery taste. 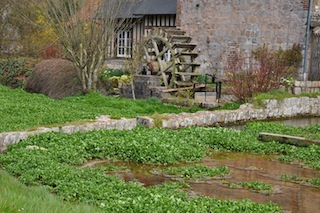 Watercress ... growing in a pond

It is considered a weed in some parts of the world. 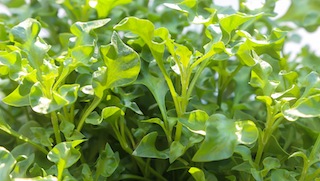 Examples of Health Benefits of Watercress