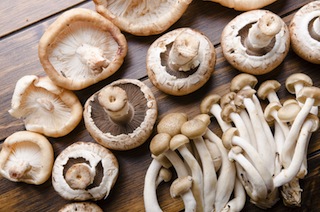 There's a well known phrase for mushrooms ... of  "being kept in the dark and fed bulls--t".

In the dark is where many a specie of mushroom thrive well, and if you are looking for a low calorie food that is full of antioxidants, look no further ... you are looking at them!

Mushrooms are one type of fungi. Actually, to be more precise, they are the fruiting or flowering part of the fungi. However, not all fungi are mushrooms.

One report states that there are 8,000 varieties of mushrooms (of both the edible and inedible varieties) and another states as many as 140,000 varieties. In summary, we can safely say the variety is just huge (!) ... and what we see in the markets and supermarkets of the cities, are only a tiny fraction of the varieties which are known.

They live and grow on "others", so to speak, whether dead or alive.

As parasites (living on live hosts), they can cause slow death to the plant or animals.

While they need to live of others, their ecological existence is not a one-way street. They give back as follows:

Since mushrooms will absorb all materials from their surroundings, for their growth - whether good or bad - we need to be cautious about where the mushrooms are obtained from. 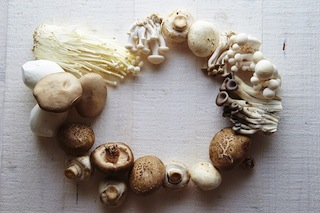 The vegetative part of the mushroom called mycelium, grows in a thread like pattern, in a branching manner. The branching and expansion of mycelium can thread in a variety of patterns - such as those that are called "fairy rings" where the mushrooms or fungi grow in a circular ring pattern.

One report stated that there was once a large mycelium found in Oregon, USA, covering 1,500 acres.

They are so intriguing that they are featured in TV series - such as the popular para-normal series of aliens and unknowns. The famous X-files TV series of the 90s had 2 episodes on the mystique mushrooms.

Difference between Mushrooms and Toadstools

However, there is a mushroom called "death cap" while called a "mushroom" is in fact deadly.

Hence, while in general, there are the above two categories, we should not just go by their categorization alone to determine if they are of the edible varieties.

Mushrooms used as Medicine and in Ancient Rituals

From archeological findings and drawings, it appears that mushrooms are often used in ancient spiritual rituals. One particular type used are psilocybin/psychedelic mushrooms which can causes psychedelic effects.

In Japan and China, mushrooms have long been used for its medicinal value. The more well-known today are: 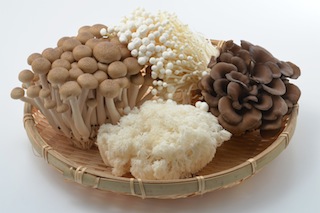 A word of caution though, there is such as thing as allergy to mushrooms  and fungi, largely due to their spores. This apparently is the usual allergy trigger for those allergic to mushrooms and the like.

As mentioned above, as mushrooms absorb all things from their environment - including heavy metal toxins, air and water pollutants. Hence, it is best to consume organically grown mushrooms. 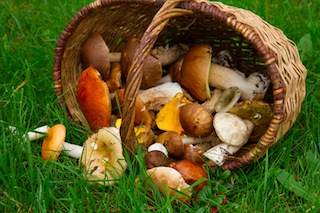 More light on things that grow in the dark, will be shed in the future ...

We hope you have enjoyed browsing through these pages.

We intend to add more stories of (specific) stuff that grows in the dark, in the near future ... we hope you will drop by to visit again. 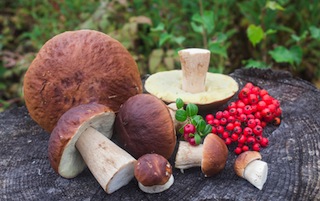